Humans are all moving forward in this journey known as life. Each generation gets better, smarter, and learns more about the world. With this rapid change, we can sometimes look back on previous generations with a bit of amusement. We can’t blame them, however, as our future kids will look back at some of the things we do the same way!

“Wait, you and dad used to take us on the ROADS! That’s so dangerous, why not just teleport to where we need to go?”

Check out the list below to see some funny parenting fails:

Legend has it this kid grew up to be Chuck Norris. Are Chuck Norris jokes dead? Fine. This kid started shaving at 8-years-old and tamed a pack of wolves by 12. He is a legend that only appears when you spin around three times in a midwestern bar and pour out a beer.

These around all underage drinking jokes, we promise. This dad just needed to strap the kids onto the motorcycle real quick and needed his daughter to hold his beer. You can’t blame the guy.

Happy birthday! Time to blow out the candles. Just make sure you take a deep breath right above the cigarette butts so you can get that maximum smokey flavor all over the cake.

Who needs any seatbelts while on the chair lift? A solid, sturdy arm across the chest is all you need. No potential danger at all in this photo.

If you were a parent in the ’70s and DIDN’T smoke a blunt around your kid, you weren’t doing it right. At least that kid grew up with a healthy understanding of environmentalism and the kosmos.

Back when this photo was taken, a simple bit of piping was enough. Risk of kids falling into the enclosure? Minimal. Not an issue in the slightest. In fact, it’s called a safety fence for a reason.

7. Too cool for the other kids 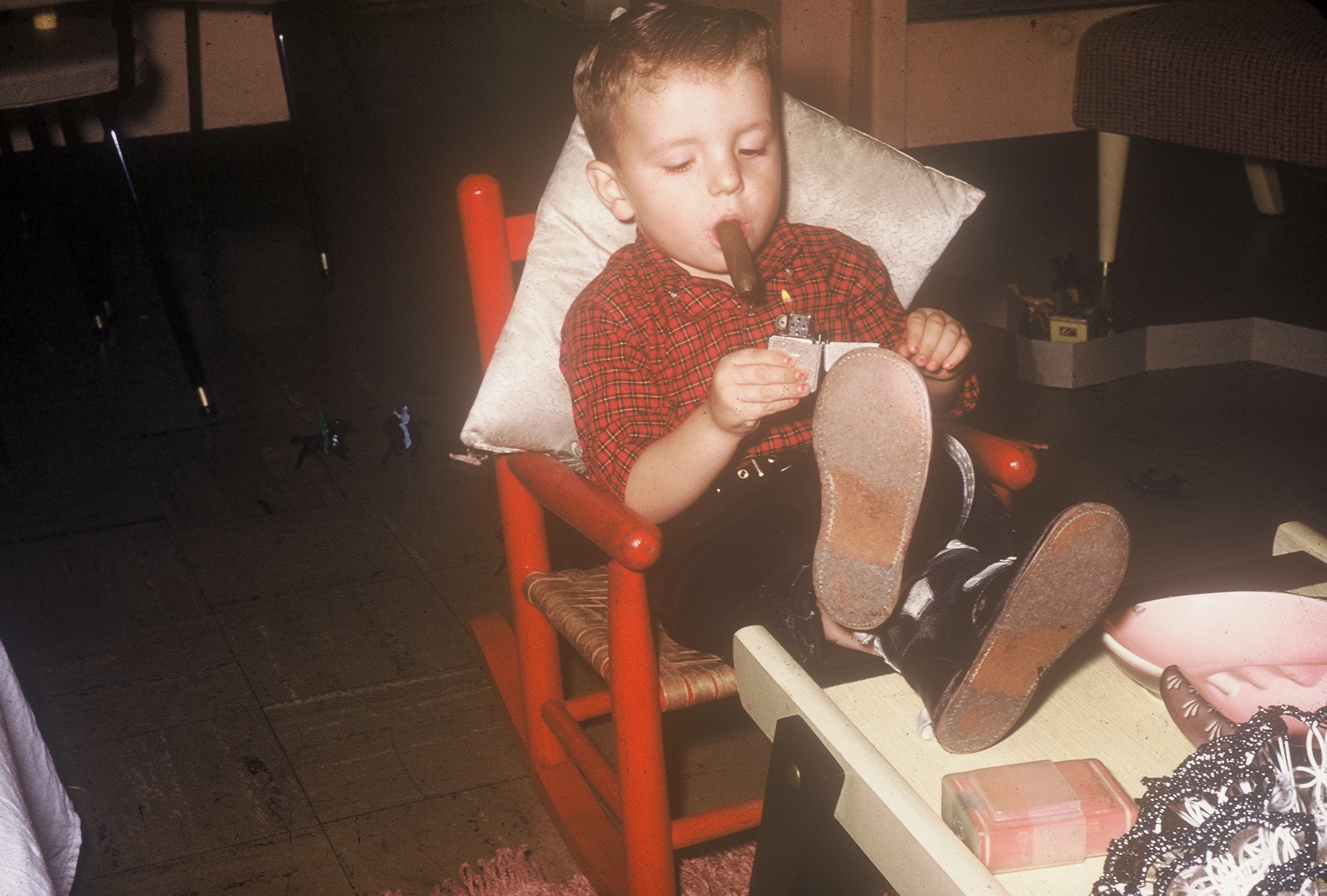 This photo was taken in 1958, and this kid is an absolute legend. He just had a bath, was feeling fresh, and wanted a sturdy cigar to end the day. Maybe a whiskey nightcap to top things off, too. 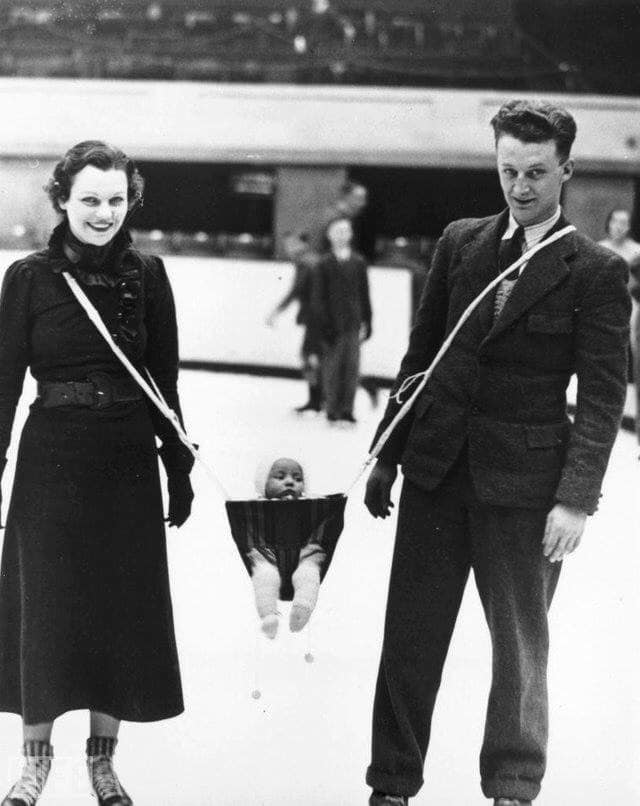 All it takes is one bad turn, and the whole family goes down. You either have to be the best ice-skaters around or incredibly dumb to place an unhelmeted baby in a basket like this!

Tiger King was a phenomenon for the start of the 2020s, but owning a lion was all the rage back in the 70s. All it takes is one bad move, and boom, the lion thinks you’re a cute little snack.

While we aren’t sure about the current laws around having a baby in a bar, it was obviously a non-concern back in the ’80s. He’s not drinking, why can’t he be there, right? Second-hand smoke? Never heard of it.

This kid is learning to appreciate the great things in life: friends, poker, and Old Forester Whiskey. In all reality, if he can get that down without coughing it back up, he deserves it. Drinking whiskey from the bottle without a grimace is on a different level.

At first glance, you might think that these people are fishing for sharks with their kids as bait. While we don’t think that’s what’s going on, it more looks like they are learning to swim. I guess trial by fire, right?

“Look, mom, warm milk just doesn’t do it for me, especially when it’s hot outside. Only an ice-cold brewski hits the spot”.

Well, little boy, we have to agree with you on that one. At least he has a cool mom who isn’t going to tell on him – look, she doesn’t even care!

This photo needs some context. The first piece of info is that this woman just gave birth and is glowing like this. Like, what in the world – insane. Secondly, after her hard work, she wanted a quick cigarette IN the hospital!

Back in the day. 1950s to be exact. Checkout that car seat. from r/pics

If you want to see what a death contraption looks like, just check out baby car seats from the ’50s! This little kid is strapped to a bunch of metal and has a “bumper” on the top that is like a little roll cage.

Couple Purchases Old Truck, Turns It Into A Luxury Home